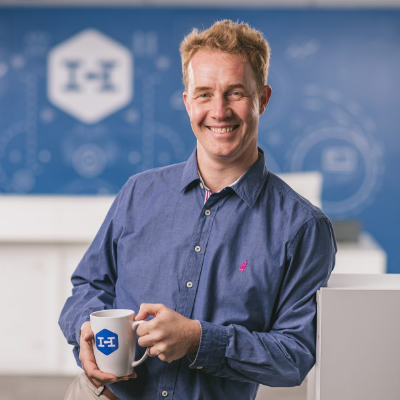 Last Friday, the government posted its plans for amending the Canada Emergency Wage Subsidy (or CEWS). Pity they did that at 4pm just before the weekend, but what are you going to do….

Recall that the wage subsidy was supposed to keep people attached to their workplace, by helping their employer to keep paying them – even if they didn’t have the business to finance (or justify) it. The take-up’s been less than the government expected – probably because of the delayed roll-out, meaning that many people started to claim CERB first, and stayed with that option. But, it’s still a significant program. And it will be increasingly important as we return to our “new normal”: businesses will reopen and people come back to work, but often with lower sales than before.

For the most part, the announcement brings good news. If I was grading it, I’d give it 85%.

Here’s our take on it. These changes are backdated to July 5 (the start of Period 5, if you’ve been keeping up on the jargon).

Remember, it’s got to get through Parliament first. A link to the full announcement is at the bottom of this post.

1.The announcement gives clarity for another 4 months – but makes clear that CEWS will finish in November 2020.

To this date, the government had made clear that it wasn’t going to throw employers to the wolves – but we didn’t know how the wage subsidy would work beyond July. We do now.

Subsidies will be available for salaries paid through to November 21 – but the percentage of salary covered by the program will taper down between now and then. Minor drop through the rest of the summer, then sharper from September through November. Done before Xmas.

A big problem with CEWS v1 was that eligibility had a very hard cut-off. If your revenues in April 2020 were 30.01% less than in the comparator period (mostly April 2019), then you were in the program. If only down 29.99%, you were even more out of luck.

This hard cut-off was very arbitrary and had some really unfair results. (We’ve had to persuade a few clients that it was a bit risky to try and manipulate sales, to try to qualify – but we can certainly see how they feel). A couple of real examples we’ve seen:

Under version 2.0 …. if you have suffered any revenue drop at all (vs the comparator period), then you’re going to get something. This is a good thing. But it’s a sliding scale, so the worse COVID’s hit you, the more support you get – discussed below.

The government hasn’t changed how you calculate your revenue hit, or the comparator period you compare against – there are still several options. If you picked one option last time round, you can stick with that choice, or get a do-over.

3. The worse you’ve been hit, the more money you get.

From July on, the percentage of salary that’s reimbursed will be directly proportional to your revenue drop. Anybody with reduced revenues may be eligible for something. (However, if your revenues are only down 5%, it may not be worth the cost of a claim.). We’re good with this too.

Depending on the revenue loss, some businesses will gain more subsidy under the new rules; others will receive less. To compensate for this, the government has promised that nobody will be worse off in July and August under the new roles, compared to the old rules. [It’s far too complex to give the details of the calculation here – see the below link if you really want to read it.]

Here’s a quick example (just for July and August, it tapers off after that):

And – something we really welcome – there’s a new “Top-up CEWS” – an extra up-to-25% subsidy available for employers whose revenues are down by 50% or worse. We really like this idea…. Many of our clients have been hit, but those in certain sectors – retail, hospitality, fitness – have suffered more than others. This may tip the balance between survival and closure, in some cases.

In this case, you still compare against last year, or against Jan/Feb 2020. However, this time you’re measuring against the average of your previous 3 months, to flatten out one-off spikes and drops. Again, it’s a sliding scale, starting from 50% revenue drop. The worse you were hit, the more you get. Even better, this top-up CEWS doesn’t taper off over time like the “basic” CEWS, but stays in place until the program finishes on November 22.

That caption might be a bit unfair. A few minor inconsistencies have been squashed, and the over-complex interaction between the original 10% and 75% subsidies is now finished.

The government’s also announced that – if employees are being paid to stay home – then the eligible subsidy will be mapped to the benefits available under CERB. If that’s the case, then some furloughed employees will suffer a drop in income, from a max of $847 a week to a max of $500 a week. Also, I don’t see how this solves the issue that part-time employees are still better off to sit at home and claim CERB at $500 a week, than go to work to be paid less, and potentially exposed to the virus. But that could just be how I read it – we’ll have to wait for the legislation.

My bigger gripe is….. Although we welcome these changes, they make an already complex program even more difficult to understand and apply for. But I guess that’s a side-effect of making it more “flexible”. I’m also concerned about how CRA will be able to audit all of this, once the dust has settled.