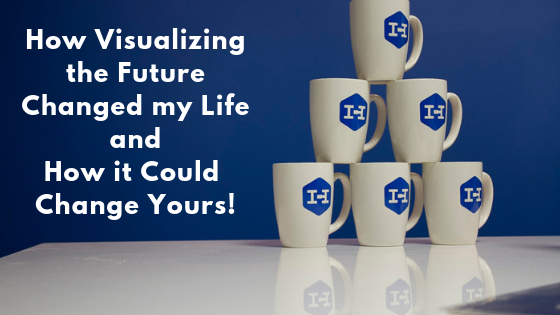 How visualizing the future changed my life and how it could change yours!

How visualizing the future changed my life and how it could change yours!

Like many of the new business professionals joining the accounting industry, I grew up in a time where technology was present in nearly every aspect of my life. The older I got, the more advanced the technology became and the more prominent it became in my life. It feels like almost every day there is a new upgraded model of the technology that I had yesterday. It’s an amazement in itself that we can keep up.

We can thank some pretty amazing and intelligent individuals for these technologies. If you look closely, they all have one major thing in common – they can visualize their version of the future. Making it easier for them to achieve their goals, so that one day that visualization becomes present. If we really think about it, we are currently living in their vision that they once had and our future is being shaped by their next vision.

While completing my final year of college in 2017, I was lucky enough to land myself an internship at Hawkins & Co. On my very first day, I was asked to develop my 6-month vision and encouraged to be forward thinking. When writing this vision I was told not to limit myself and not to write what I perceived as “possible” or “attainable”. Without going in-depth into my vision, I can say that it became something that I’ve looked back at often. After only a few months, I began to realize that my vision was actually becoming a reality. I wrote things on my vision that, I didn’t believe would come true. For example, I wrote that I had planned to be moved out of my parent’s house and live with my girlfriend – if you knew me during the time of writing it, I hadn’t even considered moving out before first finishing my university degree. But after only a few months, I achieved that goal and moved out of my parents home and into an apartment with my girlfriend.

At H & Co we use technology that is cutting-edge and is shaping the future of what it is to be an accountant. This gave me a whole new view of the industry and has since made me begin to reflect on my post-secondary experience in a weird way… many of the required courses I had to take, were based on outdated technologies, making the legacy systems look like something from ancient times. For anyone reading this who hasn’t seen a legacy system it would be like comparing Windows 98’ to MacOS Mojava – in other words they aren’t even on the same playing field.

The colleges and universities of today, are using outdated textbooks and materials that are being taught to students by teachers, who have only ever used legacy systems. So if you really think about it, every class is a history class. If we start teaching about today, and start visualizing tomorrow, think of the possibilities there are! With more forward-thinking visionaries in this world we could create systems that are ever growing.

Imagine a future where students don’t need to revisit the past, to understand the present. Imagine systems that are so smart that the basics are already handled. Imagine learning techniques of improving an industry rather than just being a part of one. This is the future I visualize.

What is the future you visualize?