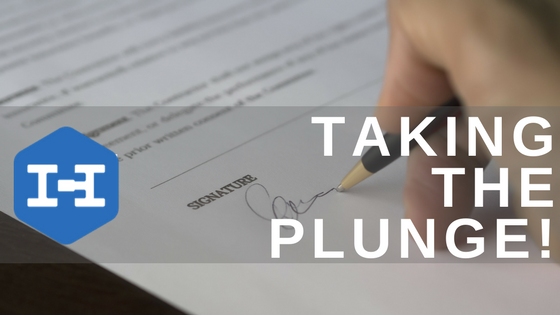 So, you’ve decided to be your own boss. Congratulations – seriously.

People become self-employed at different stages in life, for different reasons. Some people are born entrepreneurs, who can’t imagine how terrible it would be to have a boss. For them, it’s all about the hustle, the deal and the excitement.

Others are approaching their mature years and are looking for a change. If they’re retired or retiring from their former career, they’re really looking for something to keep them on their toes, out of the house, and to bring in some money. In these cases, it’s “business as a paying hobby”.

The majority are people who have served their time in the trenches of their chosen field, gained experience and credibility, and decided it’s time to do this for themselves, rather than somebody else.

There are many reasons to make this switch. On the up side, there’s the opportunity to pursue your dreams, to make more money, and have greater flexibility. But you may quit your day-job because you can see no progression, you’re fed up with office politics, your boss is a jerk….

This has to be a careful decision because you still have to feed your family. So here are some thoughts we’ve gathered over years of working with entrepreneurs and self-employed people. We hope they’re helpful. Enjoy!

Let’s be clear: You may make oodles of money. Or you may make none at all – or even lose money. There is no guarantee. I know self-employed multi-millionaires, self-employed bankrupts, and lots of people in between. Some people are wonderful at what they do – and disastrous at making a living out it. The most financially successful aren’t necessarily the best at their actual “skill”.

A rough rule of thumb:

Things you never realized your boss did for you

You may be doing exactly the same sort of work before and after you take the plunge. But be aware you might get sidetracked from actually trying to make money.. After all, now you are responsible for:

Given all that, don’t assume your working day now will look like it did when you worked for somebody else. You could be pulled in any of a million directions. Some people find that easier to deal with than others.

A few other thoughts:

Some people are “self-employed” because their employer has basically told them they have to be. They’re sitting in the same chair and doing the same thing, just now as a contractor. Some things to beware of in this situation. Call to discuss.

Ultimately, I don’t know many people who become self-employed and regret it later. But it helps to know what you’re getting into. Hope this hasn’t put you off!