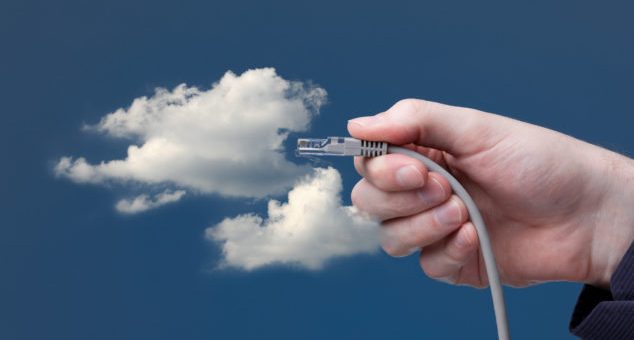 This Changes Everything- Part 2

This Changes Everything- Part 2

This changes everything – Part II

So…. I’ve written about how the accounting profession serves its clients. Or, frankly, often fails to.

I also wrote about the three key features of the new cloud-based systems that have recently appeared. To remind you, they were:

Individually, each of these is helpful and moves our world forward. Together, they’re transformative. To illustrate, let me introduce you to our client “Jonathan”. Jonathan owns a fast-growing retail store with sales approaching $1m a year.

Jonathan gets up and checks his phone. Although he wasn’t in the store yesterday, he can see the bank deposits that came in from Visa and Mastercard, so knows if it was a busy day or not. He also notes that his two employees have logged in on time to open up the store (he knows they’re there, because they have to take a picture of themselves standing next to a particular display).

While in line for his morning Timmies, he checks another app, and notices a couple of supplier invoices have come in overnight. The supplier knows to email them directly to a dedicated email address, so it doesn’t clutter up Jonathan’s inbox. When an email comes in, the software reads the invoice using optical character recognition (OCR), and codes it correctly to the right accounting bucket, as well as booking the HST directly to the HST account. Jonathan approves the coding with one click and pockets his phone, knowing it’s been pushed into his accounting system.

On the way in to the store, he calls in at Staples to pick up some office supplies. He takes a picture of the receipt using the same app, and throws the paper in the recycling, knowing that the software’s kept a digital image that won’t fade or get lost. Because his business debit card is programmed in, the software will not only read the data and code it to office supplies, but (using the ****1234 shown on the receipt) will also match the receipt to the transaction record that downloaded from the bank feed. The bookkeeping is done in two clicks. Helpful, because his bookkeeper retired last year, and he hasn’t needed to replace her.

Once he gets to the store, he spends 5 minutes online and pays 10 suppliers. He uses an app that selects the invoices he wants to pay and initiates an EFT. It also marks the invoice as “paid” in his system, and sends an email to the supplier telling them the money’s on the way. He takes another 5 minutes to process payroll. “That used to take me half the morning”, he remembers. He’s out front again, greeting customers, in a fraction of the time.

Right now, Jonathan’s spending a lot of time planning his 2nd store, which he will open in the fall. He wants to finance most of it from operations, rather than borrowing from the bank. Fortunately, he’s got a good handle on this, because of his monthly conversations with H&Co.. Jonathan knows what it costs to run his business each month, what margins he makes on what product lines, how much inventory he’s carrying now, how much he owes to suppliers – and what he would have to pay in HST and taxes if he was to file his returns right now.

Later this afternoon, he’s scheduled a call with H&Co to review the plans. At Jonathan’s request, H&Co has already forwarded the Jan-March financials to his bank, who expressed amazement at how quickly he had good quality numbers, and confidence that they should be able to support the expansion. His corporation’s tax return from December was filed in February, months ago, so no unknowns there. The taxes weren’t a surprise, either, as H&Co estimated his taxes in the financials he received each month.

This is a true story!

I call this “democratizing intelligence”. It used to be that only large companies, who had lots of money to invest in systems and people to run them, could have access to this sort of business intelligence. Now, it’s available to everybody who wants it. To quote Steve Jobs again, “This changes everything”.

Let’s regroup: What does the new world do for Jonathan?

How is it for you?

It’s been transformative for us, too. Thanks for asking.

First, it’s transformed our relationships with you, our clients. Rather than a compliance-driven transaction once a year, we now have an ongoing conversation where we see and discuss your numbers in what’s close to real-time. This means we can truly be trusted advisors and strategic partners – which is what every accountant wants. Essentially, we have become your outsourced finance function. We understand your business like we never did before. This applies to all our staff, not just the partners.

Second, it’s transformed where we spend our time. Because we have worked with clients to make sure they have reliable information throughout the year, we don’t waste time revisiting ancient history or fixing bookkeeping when year-end comes. So, the year-end barely even registers. For example: I just issued the year-end and tax return for a restaurant with about $500,000 of sales. Last year, the year-end took three days of work, and the tax return was filed 5 months after the year-end. This year: 2 hours and 1 month.

Third, it’s transformed our financial model. We no longer send you a large bill at exactly the same time as you have to pay your taxes; instead, we’ve moved to a retainer model, where you pay a fixed subscription on a monthly basis. No more arguments or hard feelings about fees, and no nasty surprises for you. Smoother cash flow for both parties.

Fourth, it’s changed our skill-set. When we recruit, we ask as much about IT smarts as accounting skill. And we don’t mean Excel. Typically, we’ll ask an interviewee to pull out their phone and tell us about the apps on it. If we’re to set up Jonathan’s world and tailor it to what he needs, our people need to live and breathe this stuff. We don’t input data; we manage its flow through an automated system. This is much harder, and frankly more interesting.

Finally, this model means we’ve had to be ruthlessly focused on our own efficiency. Given a fixed fee, if we waste an hour doing something pointless – each month – that’s a lot of wasted time and money out of our pocket. We’re not billing it to you. Hence our focus on our own processes (see link https://hawkins-accounting.ca/from-start-up-to-fast-growing-young-company/ ). Plus, we have to understand what you actually value as a client. For example, we work very hard to get our financial summary – which you get every month or quarter – on one page or less. You’re too busy to read any more.

So, there you go. It’s a different world, and getting more exciting every day. We’re still exploring it, with our pioneering clients. But more are signing up each month.

And…. Jonathan is nearly 10 years into his business. But we’re on a mission to make this accessible to start-ups as well. See link http://hawkins-accounting.ca/helping-small-business-through-story-telling-part-1/ for details on this!