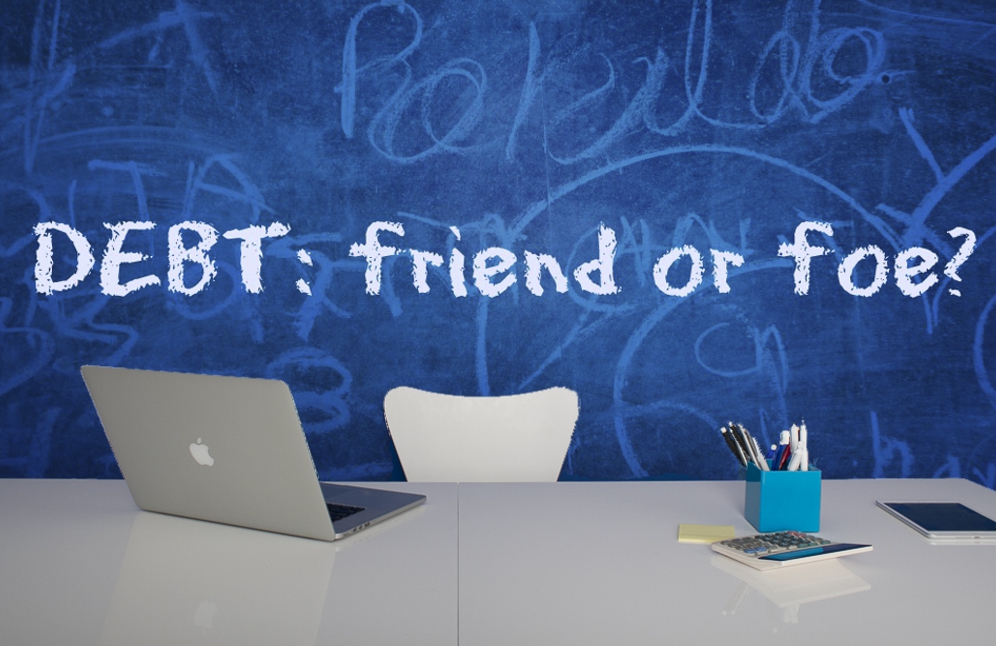 “Call now, and get the credit you deserve!” [Numerous radio ads in the Detroit area.]

Debt is a tricky one. I know very few people in this modern age who are completely free of debt. We hear all the time about how Canadians are carrying more debt than ever before. We also hear the terms “good” and “bad” debt, as if one wore a halo and the other lurked in the shadow.

There’s lots to debate on this subject. But let’s be perfectly clear on this: Debt has no moral aspect to it (*). That’s why those radio advertisements annoy me so much. How did the ability to borrow money become a judgment on what you should or shouldn’t get in life? Or something you’re entitled to?

If you listened to her, my grandmother sided with Mr. Macawber, Dickens’ character. Part of this was her generation and her personal values. But even she wasn’t totally averse to debt: she had a mortgage at some stage in her life. I’ll come back to Grandma later.

As with many things, I had a lightbulb moment about debt, when I started working with owner-managed businesses. Here it is:

Debt is a time machine.

That’s it. Pure and simple. Debt is the ability to convert future wealth into cash today. Interest (and other charges) are the fees you pay for access to this time machine. Like all machines, it is neither moral or immoral.

When you look at it this way – and replace “good / bad” debt with “sensible / foolish” debt – it becomes much clearer. The question then boils down to this:

Do the benefits of having cash today offset the cost to you of using this time machine?

Examples: Normally, borrowing to finance education increases your lifetime wealth because it unlocks a higher salary that’s higher than the tuition and interest costs. So, sensible debt. On the other hand, maxing out your credit cards to take a great vacation does not increase your future wealth and – if you have to pay those interest rates – will significantly reduce it. So, foolish debt.

That’s a bit harsh. We all do things that have long-term costs for short-term pleasure, and that’s fine so long as it’s a deliberate decision and kept under control. People and values haven’t changed that much, and I bet much of the increase in debt is because it’s much more readily available today. Even my grandmother might have financed a new couch after the springs went in the old one, if that had been an option back then. More comfortable than sitting on the floor while you saved up the full price.

So, those radio commercials…. If you feel you do deserve credit (and a new bathroom) today… then perhaps that means you also deserve poverty in the future….

Yes, yes, yes. What about my business?

We’ll divide the discussion into two: long-term and short-term debt.

Long-term debt is typically “sensible” debt – if only, because a lender won’t give you the money without a good use for it. In most cases, you are borrowing money to buy something (eg. equipment) that will add to your business’ profit (eg. by producing goods for sale). So long as the profit from the resulting sales are more than the loan repayments, it’s a good idea. And – if you look at it that way – you should try to fully repay (or amortize) the loan on about the same timeline as the underlying equipment.

Short-term debt often comes in the form of a line of credit, which is unstructured and can fluctuate. This is more complex:

A business’ cash flows depend on their business model, and who pays whom first. Here are two contrasting examples:

From my perspective, I have two choices. I either inject the money personally, so the business can pay the team and the rent before customers pay me. Or, I can borrow short-term to finance operating costs, knowing that the unbilled time and unpaid receivables (which will turn into cash) are enough to cover it.

Many high-quality businesses often run on a line of credit, which is secured and covered by their unbilled time (inventory) and unpaid receivables. It constantly turns over as customers pay you and you pay your staff. But, as a rough rule, if your inventory and receivables can cover your payables and your credit line, you’re in OK shape. This concept is known as “working capital”.

So, perhaps that is “neutral” debt. It’s just paying a cost, to get quicker access to your already-earned cash. Think of it as offering customers a small discount, in order for them to pay you faster.

As always, there are some wrinkles to beware of – more on this topic next time.

Footnote *: I acknowledge that certain religions have teachings and requirements around debt. For example, the concept of interest is problematic under sharia. However, to my knowledge, no major religion condemns the borrowing of money as a sin. Please correct me if I’m wrong.