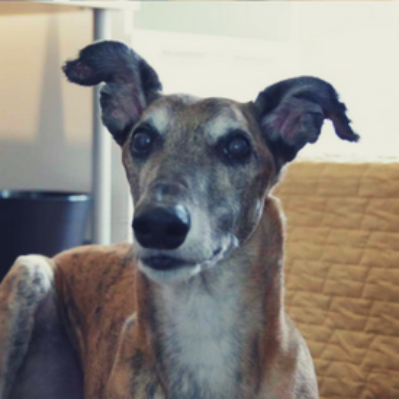 A little bit about Miles

Miles is a retired racer, who was adopted by Jaclyn and her husband Paul just before his 5th birthday after a busy career on the track in Florida where he ran in over 100 races. He joined the team in the fall of 2016 when his mom needed to bring him in due to some renos and he was hired on the spot. He quickly settled into his post as a very lazy greeter, generally preferring to remain laying on his bed and waiting for people to come pet him.

Although he would have been welcome to stay, he transferred to the West Coast office in 2017 and spends his days snoozing in the sun by the window and his evenings cruising the Vancouver seawall. He is still not very good at bookkeeping but does love to provide hugs or wet nose boops of support.